Onehunga’s strategic location between the historic portages of the Waitematā via the Whau River on one border, the Manukau via the Tāmaki River in the other, but has finally shed it’s old mantle as a working port between the industrial hub and Māngere’s infamous sewage ponds. Clean up of the ponds by Watercare and the Taumanu foreshore restoration that created a delightful park and beach, part of the town’s transformation. 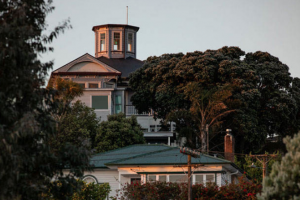 The town’s Maori and Pasifika roots are still strong; Indian and other Asian groups settling there more recently. Amiria Puia-Taylor, who co-founded arts precinct The 312 Hub, is typical: returning as an adult to her Mana Whenua, the Ngāti Te Ata Waiohua, (and Samoan, Cook Island, Tahitian) arts organiser is making sure that the changes happening in the neighbourhood include everyone, that gentrification doesn’t push out three generations of locals.

What do they do?

Old and new Onehungas mix it up. Thousands of young people have joined arts programmes, developed social enterprises or eaten great kai at the monthly street markets, all hosted at The 312 Hub, while a few blocks away older residents, Indian and Latin American cultural groups make the most of the volunteer run Onehunga Community House in the original 1901 school house. The waterfront restoration has residents expecting great things to follow, a return to the suburb’s seaside roots. There are 20-some cafes, historic parks are heavily used by walkers and cyclists, the plentiful sports fields are a legacy of the old Borough Council, and there’s a YMCA-run gym and pool. For the big stuff, Waikaraka Park Speedway and Mount Smart stadium are in the ‘hood. There are more heritage buildings than in Parnell, including the magnificent Andrew Carnegie Free Library on Princes Street now a gastro pub. Bikers can circle the waterfront, head over the bridge to pretty Māngere Bridge town, around that waterfront to Ambury Farm, mountain bike trails and the Ōtuataua Stonefields historic reserve and pa site.

More like a small town – in a good way – than a suburb so close to the city, Onehunga has a thriving community feel. It is the centre of transport links from New Lynn, the city and to the south. The local bus, the 312, is so embedded in local culture that it names the thriving new youth arts centre, and is celebrated in music by local urban hip-hop heroes SWIDT. The town will be on the light rail path from city to airport.

“It’s really evolved and come into being a new space,” he says. “You’re right in the centre, on the edge of Epsom/Greenlane/One Tree Hill. With Cornwall Park next door, it’s really stepped up to being central, rather than south, Auckland.”

Holmes, who regularly takes the train to the company’s city auction rooms, says that the city being so easy to access has helped the suburb’s appeal. Or for drivers, Onehunga’s easy access to both state highways 1 and 20 to head south, west, or to the airport makes it appeal to an increasingly professional buyer.

“You can get a good quality family home, with good character – the quality is as good as Epsom or Remuera,” he says.

At the moment a done up 3-bed bungalow on a half section can be found for around $1 million, going up to $1.6 to $1.8 million for a full section. At the more affordable end of the market are a good cross-section of town houses and apartments, Holmes says. Prices for rent terrace development started from $600,000 to $1.2 million for a 3-bed.

While it’s too early for buyers to be excited by Panuku’s proposed wharf development, people do enjoy their new waterfront and the access to Māngere

Bridge on the old bridge.

“It’s been a huge transformation in the last five years,” Holmes say. “People are happy to live here.” 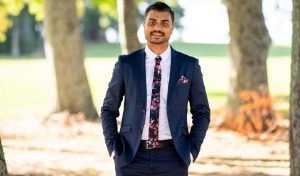